Mohammadali Nejadian was born on June3, 1979 (Khordad 13, 1358) in Tehran. He is a member of Young and Elite Researchers Club of the Islamic Azad University and he has been pursuing continuously in the Iranian motorcycle industry for about 21 years

He is the designer and site builder and he founded the company named “Noavaran Motorcyclet Kala” in 1398 and in this collection the online sales site of “Cyclet Kala” which is a Market Place for selling motorcycles and bicycles by sellers, manufacturers and importers is founded as well as the site of “Cycle Bank” are established for advertisements

Nejadian is the author of seven books and in the Festival of Scholars of Islamic Azad University was selected as a top graduate and researcher of the Science and Research Branch in 1398 and the books of “Successology of Economic in Support of Domestic Product” and ” The History of Iran’s Motorcycle Industry ” authored by him, have been selected as the top book

In many years ago and during his student life, he was selected as the top researcher in1393, the top academic entrepreneur in1394 and as a distinguished student of the Islamic Azad University in 1395 and has received many awards from scientific officials for scientific, research and cultural activities

After receiving a diploma certificate in mathematical physics from Marvi High School in Tehran, Nejadian entered the Islamic Azad University and he has received associate degree in mechanics major with automotive industry orientation, bachelor degree in automotive mechanical technology engineering and in the master degree, entrepreneurship management with new business orientation

In addition to the above fields, he has studied various scientific courses, including sales engineering, creative problem-solving management by the TRIZ method, as well as management (MBA), the exclusive orientation of strategic management in the Faculty of Management, University of Tehran

In 1397, Nejadian in the book of “Successology of Economic in Support of Domestic Product”, which he wrote for the Young and Elite Researchers Club of the Islamic Azad University, in the seventh chapter of this book, he referred to a national plan of citizens’ social record based on positive and negative record by FADA system Which was highly received attention by the country’s officials and the media, and finally this plan was submitted for examination to the Islamic Consultative Assembly and He published this plan in the form and template of a book 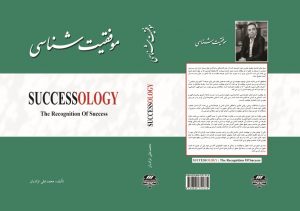 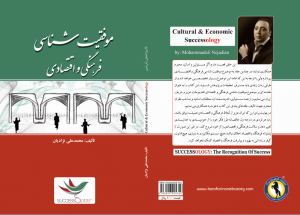